Many of us know the feeling of peace you get from watching the flames and listening to the crackling fire in a wood burning stove. But did you know that experiencing a fire can result in decreased stress level and blood pressure? 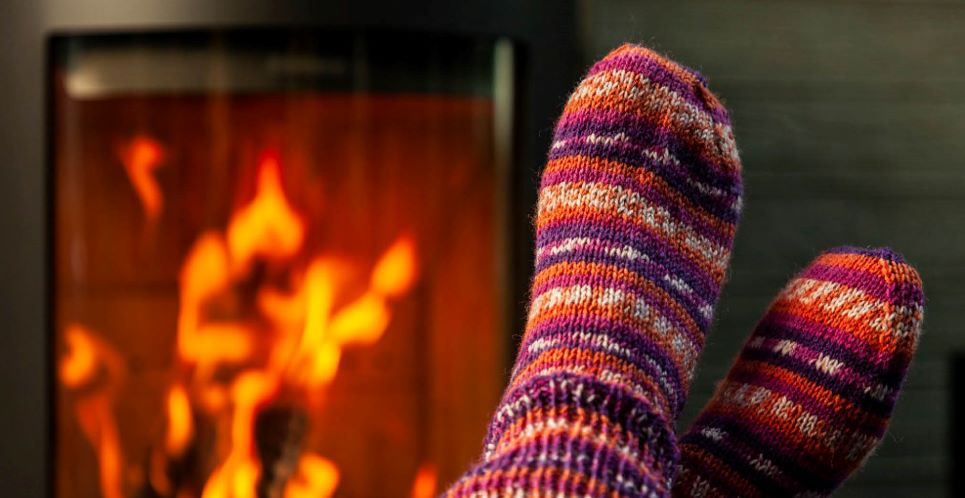 A study from University of Alabama shows that you can reduce stress with the sight and sound of a fire – and blood pressure actually decreases from it. In the study, researcher Christopher Lynn has examined the effect of a fire on 226 adults who experienced simulations of fires. The study shows that blood pressure decreased for participants who watched and listened to a flickering fire, especially if they experienced the fire over a longer period. The results confirm that fires and wood burning stoves have a calming effect on humans.

The role of fire in human life

Several studies point to fire playing a significant role in human evolution. The fire contributed to the lives of ancient hominins, who we descend from, by extending the hours of the day, making more places habitable, giving humans heat and an opportunity to cook food that was previously inedible, and then the fire also worked as a social gathering point. Christopher Lynn shows in his study that the fire also contributes positively to human life today by decreasing stress and blood pressure. He emphasizes that stress is increasingly affecting society today:
“Stress-related disorder are among the leading causes of disability in the modern era and pose significant economic impacts worldwide, so there is great incentive to understand the evolved mechanisms and environmental triggers of stress-reduction that are specific to humans.”

Social around the flames

Wood burning stoves and fires also work as social gathering points today, and Lynn’s study shows that the sight and sound of the flames have a positive impact on the participants’ “prosociality”. Prosocial behavior includes the ‘positive aspects’ of social behavior such as altruism, helpfulness, trust and tolerance. Meanwhile, the flickering fire also strengthened the participants’ ability to concentrate.

More about Design and lifestyle

Ensure a clean and eco-friendly combustion
with automatic air supply

Is your firewood ready?

MAKE THE MOST OF YOUR FIREWOOD

Logging, chopping and stacking wood are parts of a job many people care about. Working with wood has a practical goal which will benefit the entire family. Here you will find many pieces of advice on handling wood - from the forest and until it is in your wood burning stove.

How to light a fire correctly in your wood burning stove

It's important to light a fire in your wood burning stove correctly. This way you'll make the most of your firewood and you'll protect the environment as much as possible.

A wood burning stove with an automatic control device automatically regulates the air supply. That makes it easy for you to light a fire and obtain optimal and complete combustion. This way you will get the most out of the firewood, save money on heating your home and you're guaranteed eco-friendly combustion. Simply, easily and automatically.