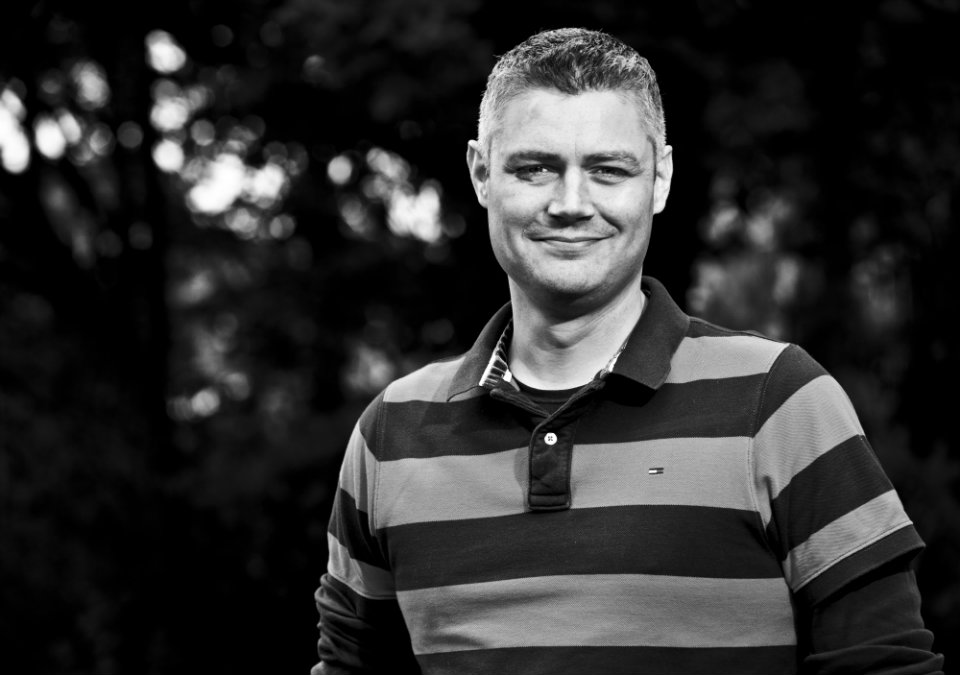 Casper Storm from SPEKTRE ApS is an architect and industrial designer, and he designs wood burning stoves for Aduro A/S. As a designer of wood burning stoves, he has to discuss the process continuously with both the technical department and with sales and marketing. It’s all about listening to the different needs and fulfilling them in the creation of one final product.

”Marketing/sales and production have very different opinions. I collaborate with the sales department which takes a look at the first draft and approves it. They have user data from their suppliers and from the buyers. After that I exchange drawings with the technicians, and they share their experience, for example when it comes to the capacity of the production machines and other technical aspects. I use user and seller involvement a lot,” Casper Storm says.

As a designer, it’s an advantage to use a request or a problem as a starting point. That’s where the wood burning stove user enters the picture because who is better to point out the need than the one who has the need?

Some designers are driven by experimenting with shapes and expressions. For Casper it’s about something different, and he always keeps in mind that in the end there is a user who wishes for and needs a product.

”Market demands get me started on a new project. The last series that I created was Aduro 15 after many people had asked for wood burning stoves that could fit logs longer than 50 centimetres. The starting point was a larger fire box. The solutions must be simple especially out of consideration for the user, but also the chimney sweep, the technician and the spare part fitter,” Casper Storm says.

Designed to be cosy

”Many wood burning stoves are a cosy piece of furniture more than they are an acutal heating source. In new houses, it’s not necessary to have a wood burning stove, but it has become very popular to install one anyway,” Casper says.

”It’s all about being conservative, but classic and modern. Aduro is more classic – round stoves, square-shaped classic structure with drawers and a hinged door. Other producers, for example Southern European designers create more trend-based stoves. Some have a soft and feminine expression while others create wood burning stoves that almost look like a car engine and that have a very masculine expression,” Casper says.

Denmark is known for its stylistically consistent and modern Nordic design where the aesthetics enable the design to fit in in many different contexts and surroundings. Casper has the same approach to his artistic expression and creates the design so it can fit into both the modern home and the Victorian style home.

As a designer you’re influenced by trends of design and trends of needs.

”Often it is the colour of the stove that is trending. White stoves have been rather popular or at least many producers have a white wood burning stove as a part of their selection. The same goes for the reddish colours. A lot of the producers have red-laquered wood burning stoves, but we also start seeing earth colours and warm metallic colours,” Casper Storm says.

The colour is the first thing we see, but when we light a fire in the wood burning stove, the user will discover other needs.

”New wood burning stoves have big glass windows so there’s a better view of the flames. The producers aim for a brighter expression where the whole door is made out of glass,” Casper says.

Trends and tendencies in furnishing are natural sources of inspiration in wood burning stove design, but the process is a collaboration and not an independent project. It’s the designer’s task to gather all components into one final product that meets all requirements.

”I see myself as the link between the production part and the marketing part. Production wants a bent piece of iron and the sales department wants something that looks good. My most important task is to create a homogenous look where the two parts go hand in hand,” Casper says.

More about Design and lifestyle 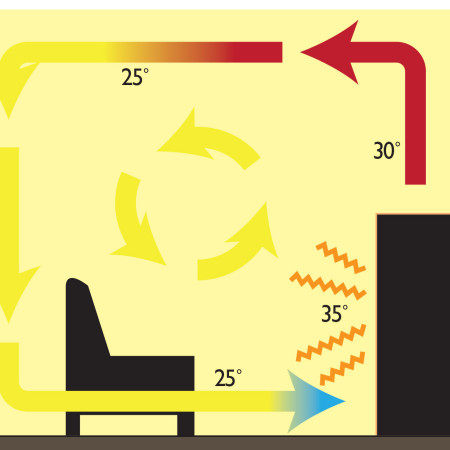 Radiant heat stoves and convection stoves heat in different ways and have different functions. You can read about new technologies and automatic functions here. 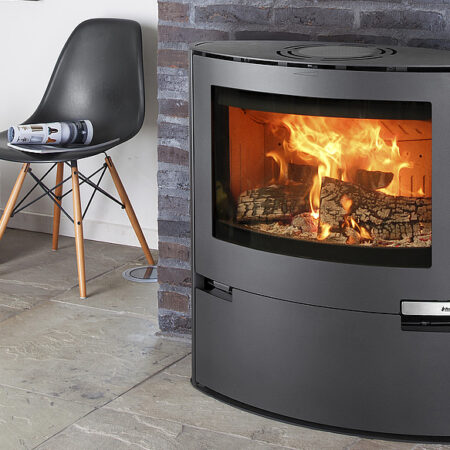 Choosing a wood burning stove - what to look after?

There are many different wood burning stoves on the market and it is easiest to let your own taste decide when you make the choice. 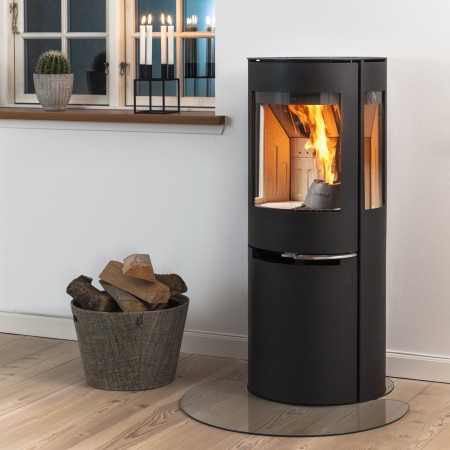 New Danish invention – wood and pellets finally together as one

Every third Dane say the stove of their dream should have programmable starting, so it is warm when they get home, i.e. when you get home from work or get up in the morning. That is the result of a new analysis from Megafon. The Danish wood burning stove manufacturer Aduro is introducing a new hybrid stove that does just that and a lot more.