Tests show that the amount of air pollution in Denmark has been greatly reduced. Modern technology and the development of wood burning stoves ensure an eco-friendly combustion process. It's important to fire correctly so the smoke that's released into the air doesn't bother anyone.

The environmental debate about air pollution and wood burning stoves rises in the media every now and then. Unfortunately, the debate is often based on unreliable data and takes place without getting things in perspective.

It’s important to discuss the best way to take care of the environment and that we learn more about it. But the debate in the media is often twisted and one-sided. For example, some critics compare particles from wood burning stoves to diesel particles – but is that the same? Nobody knows for sure. But would you eat fish that had been smoked in an exhaust pipe from a diesel engine? Would you go camping but forbid a bonfire? Would you miss out on the cosiness and the heat from a wood burning stove when you are at your summer cottage?

It’s also about quality of life. You have to ask yourself if it’s worth living an average life of 87.7 years without bonfires, cosiness, candle lights, barbeque and fried steaks. Compared to a life which might be 87.5 on average?

Besides there are plenty of advantages when it comes to wood burning stoves. Firewood is carbon neutral and a renewable source of energy which you can store in your wood shed and at all times use as a supplement for your house’s primary source of heating.

Air continues to get cleaner

The debate about wood burning stoves and air pollution shouldn’t be seen as a sign that air pollution in Denmark is getting worse. Quite the contrary.

A report from the DCE – The National Centre of Environment and Energy shows that the air quality continues to improve. Here, it is relevant to note that especially the amount of particles and tar from wood smoke is decreasing.

The report shows that the European Union’s limit values from 2015 were observed as early as 2013. No place in Denmark does the particle pollution surpass the permitted amount (source: DAPO).

Newer Danish tests done by researchers from the universities in Aarhus and Copenhagen show that people who are exposed to a big amount of wood burning stove smoke for three hours do not get any permanent damage on the respiratory passages. Notice that the amount of smoke that the test persons were exposed to was on a level so high that you under normal circumstances never would get near that amount of smoke in Denmark.

Pollution from wood burning stoves has been greatly reduced

Through 11 years the Danish Technological Institute has used the same method for collecting data to measure the level of particle emissions in Danish wood burning stoves. The data should give an idea of how eco-friendly wood burning stoves have become.

The conclusion from the Technological Institute: Wood burning stoves have reduced the particle emissions with 60 % from 2002 to 2013. And 20 % the past three years.

What can you do to reduce the particle emissions?

Luckily, there is a lot that you as a wood burning stove user can do to make sure that no unnecessary polluted particles will be released into the air.

More about Chimney and smoke

Choose a stove with the Nordic ecolabel

Did you know that 9 out of 10 Danish wood burning stoves
carry the Nordic eco-label?

How to install a chimney

When you install a chimney, you have to make sure that you observe the relevant rules and regulations in your country. 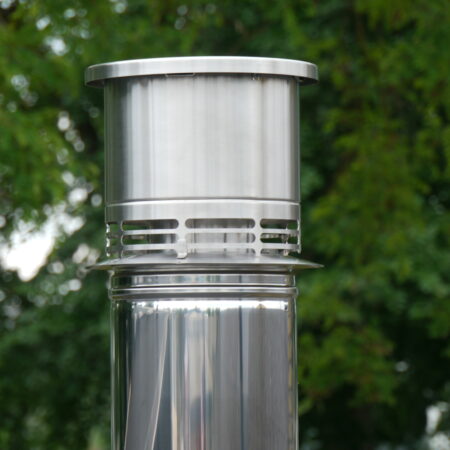 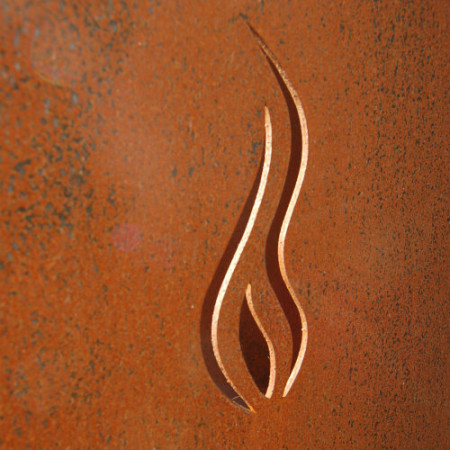 Air supply is one of the most important factors when it comes to firing in a correct and eco-friendly way. Therefore it's good to know a little about using your wood burning stove's air inlet controls correctly - this way you'll get optimal and complete combustion.